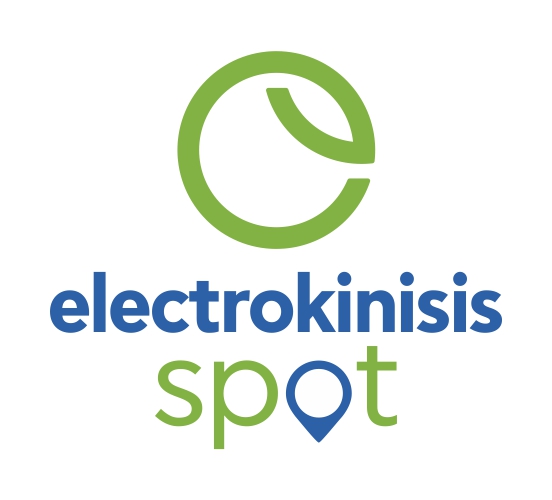 The history of Porsche begins electrically

The history of Porsche begins electrically 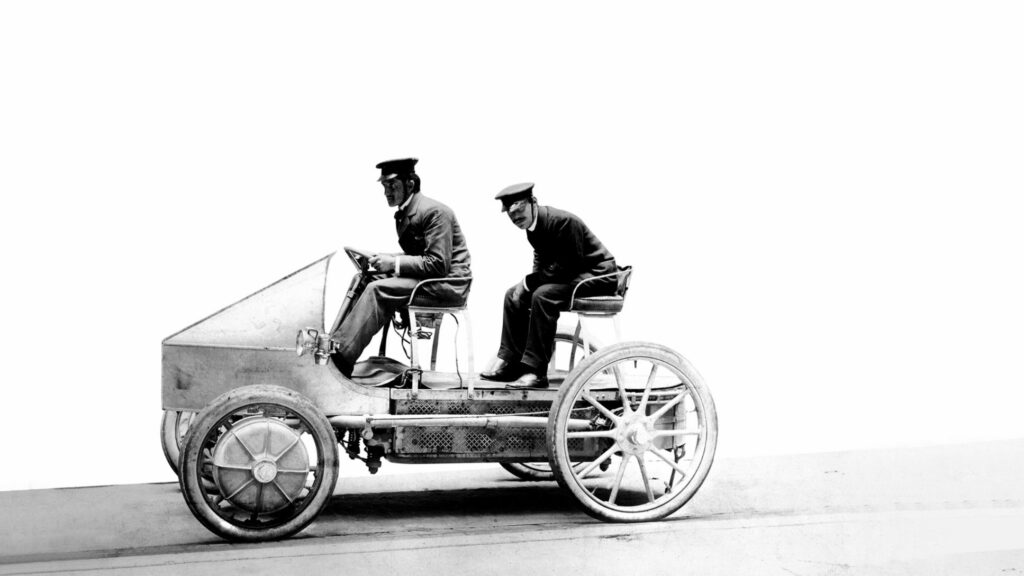 Ferdinand Porsche, later the founder of the company of the same name, was fascinated by electricity even as a teenager. As early as 1893, the 18-year-old installed an electric lighting system in his parents’ house. In the same year Porsche joined Vereinigte Elektrizitäts-AG Béla Egger in Vienna. After four years there, he progressed from mechanic to head of the testing department. The first vehicles he designed also had electric drives — so the history of Porsche begins with the electric drive.

In 1898, Ferdinand Porsche designed the Egger-Lohner C.2 Phaeton. The vehicle was powered by an octagonal electric motor, and with three to five PS it reached a top speed of 25 km/h. In 1899, Porsche joined the carriage maker in Vienna, k.u.k. Hofwagenfabrik Ludwig Lohner & Co.

There he developed the electric wheel hub motor. In 1900, the first Lohner-Porsche Electromobile with this innovation was presented at the Expo in Paris. With 2 x 2.5 PS it reached a top speed of 37 km/h. Lohner’s reason for a vehicle with an electric motor sounds as topical today as it did then, especially in relation to the era of mass motorisation: the air was “ruthlessly spoiled by the large number of petrol engines in use”.

Also in 1900, Porsche designed the world’s first functional hybrid car, the “Semper Vivus” (Latin for “always alive”). The technology, marketed as the Lohner-Porsche system, also had applications beyond the sphere of electric vehicles. Porsche extended the car’s range by not using a battery as an energy source, but instead using a combustion engine to drive a generator and thus supply the wheel hub with electrical energy. One year later, the production-ready version was born as the Lohner-Porsche “Mixte”.

However, the Lohner-Porsche also demonstrated why electric mobility has failed over the decades: despite its modest power output, the car weighed almost two tonnes. The lack of infrastructure and the short range put an end to electromobility for a long time.

The idea was resurrected more than 100 years later: With the development of lithium-ion batteries suitable for use in vehicles and ever more stringent legal requirements for pollutant and carbon dioxide emissions, the focus turned once more to electric drive systems. With the Cayenne S Hybrid in 2010, Porsche paved the way for electromobility in the company. As the first parallel full hybrid in the luxury car class, the Panamera S Hybrid was the most economical Porsche to date with a fuel consumption of 6.8 l/100 km (NEDC), despite a power output of 380 PS. Also in 2011, Porsche tested three all-electric Boxster E models. 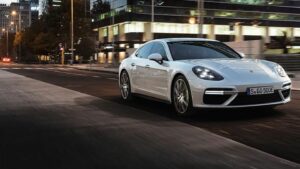 The production-ready 918 Spyder was presented in 2013 (see below). Two years later, the Panamera S E-Hybrid once again led the way in the segment as the world’s first plug-in hybrid – now with 306 kW (416 PS) and a purely electric range of 36 kilometres. In the second Panamera generation, Porsche embraced electric performance across all model variants: the boost strategy adapted from the 918 Spyder super sports car enabled performance of the kind typically associated with sports cars, but combined with high efficiency — both in the 340 kW (462 PS) Panamera 4 E-Hybrid and in the top model, the Panamera Turbo S E-Hybrid.

The fast electrics – from the race track to the road
Not only competition for customers, but also competition on the race track, is firmly anchored in Porsche’s genes. And right from the start, the sport has been the driving force behind the series.

A 50-kilometre race took place as part of the Berlin Motor Show as far back as 1899. The Lohner-Porsche Electromobile won first prize. In the next year, Ferdinand Porsche designed the world’s first all-wheel drive passenger car, the “La Toujours Contente” (“The Always Satisfied”) electric race car. Each of the four wheel hub motors had a power output of 14 PS. Reduced to two engines of the same power output, Porsche succeeded in breaking the record on the Semmering with another electric race car at an average speed of 40.4 km/h over ten kilometres, with a top speed of 60 km/h.

Even in modern times it was completely logical for Porsche to implement the electrification of the powertrain on the race track at a very early stage. This is why Porsche sent the 911 GT3 R Hybrid to the Nürburgring in 2010 as the first race car with a partially electric drive. The race car was powered by a 4.0-litre six-cylinder engine with 353 kW, supported by two electric motors with an output of 60 kW each on the front axle. Even then, Porsche opted for permanently excited synchronous motors. When braking, the two electric motors acted as generators and charged a flywheel accumulator with the kinetic energy recovered. As a mobile test laboratory, this technology platform provided important findings for hybrid technology in road sports cars, such as with regard to the management of high electricity and energy flows.

In 2013, these findings benefited the powerful 918 Spyder, which broke the previous lap record for production cars on the Nordschleife with a lap time of 6:57 minutes. The innovative plug-in hybrid system of the high-performance sports car also relied on three motors: the high-revving, naturally aspirated V8 engine with a displacement of 4.6-litres produced 447 kW, while the two electric units on the front and rear axles together delivered 210 kW. The result is a system output of 652 kW (887 PS). The maximum system torque added up to a crankshaft-equivalent torque of 1,280 Nm. A lithium-ion battery with a capacity of 6.8 kWh stored the recovered braking energy and enabled an electric-only range of up to 31 kilometres. The Porsche 918 Spyder achieved an average of 3.1 to 3.0 l/100 km according to NEDC.

The 919 Hybrid also left the production line for the first time in 2013. Porsche had decided to start again with an LMP1 prototype in 2014 at the 24 Hours of Le Mans and in the World Endurance Championship. In 2015, Porsche achieved the first of three consecutive Le Mans victories. The company rounded off this chapter of its motorsports history at the end of 2017 with six World Championship titles.

The 919 Hybrid is the most complex race car Porsche has designed and built to date. Many components and concepts with which it established itself as the most successful Class 1 prototype found their way into road vehicles such as the Panamera Turbo S E-Hybrid.

Technology pioneer: 800-volt designate the racing sport genes
Further developments from the 919 Hybrid project will be ready for series production in the near future, while others look even further ahead. They have also paved the way for the new Taycan — with technical elements that have had their baptism of fire at Le Mans. This applies in particular to the pioneering 800-volt technology. It is one of the most courageous fundamental decisions of the innovative race car concept. The voltage level establishes the fundamental conditions for the entire electric powertrain: from the battery to the layout of the electronics and the electric motors, to the performance capability of the charging process.

Appropriate components were not available on the market when the 800-volt technology for the 919 Hybrid was developed. Porsche has done pioneering work and developed it itself. The high competitive pressure of motorsports continuously pushes the engineers to the limits of what is possible. In terms of hybrid management, the Le Mans prototypes also advanced into regions previously considered unattainable. In this way, the 919 Hybrid as a rolling test laboratory paved the way for the voltage level of future hybrid and electric powertrain systems.

The permanently excited electric synchronous motor of the 919 Hybrid also passed the Le Mans baptism of fire. It drives the front axle and recovers kinetic energy as a generator during braking phases. The electric motor is similar to the two modules which together will deliver more than 441 kW in the Taycan. And unlike today’s electric drives, they also deliver their full power for multiple accelerations over short intervals — just as the powertrain of the 919 Hybrid did over full 24-hour racing distances. This is just as crucial for race track use as it is for sporty driving on country roads and superior performance on the motorway.

The first fully electric race car from Porsche is now also ready for action. Starting in the 2019/20 season, Porsche will compete in the ABB FIA Formula E Championship with a newly developed powertrain. Here too, the close interaction of racing and series development ensures smooth feedback.

This website uses cookies to improve your experience while you navigate through the website. Out of these, the cookies that are categorized as necessary are stored on your browser as they are essential for the working of basic functionalities of the website. We also use third-party cookies that help us analyze and understand how you use this website. These cookies will be stored in your browser only with your consent. You also have the option to opt-out of these cookies. But opting out of some of these cookies may affect your browsing experience.
Necessary Always Enabled
Necessary cookies are absolutely essential for the website to function properly. These cookies ensure basic functionalities and security features of the website, anonymously.
Functional
Functional cookies help to perform certain functionalities like sharing the content of the website on social media platforms, collect feedbacks, and other third-party features.
Performance
Performance cookies are used to understand and analyze the key performance indexes of the website which helps in delivering a better user experience for the visitors.
Analytics
Analytical cookies are used to understand how visitors interact with the website. These cookies help provide information on metrics the number of visitors, bounce rate, traffic source, etc.
Advertisement
Advertisement cookies are used to provide visitors with relevant ads and marketing campaigns. These cookies track visitors across websites and collect information to provide customized ads.
Others
Other uncategorized cookies are those that are being analyzed and have not been classified into a category as yet.
SAVE & ACCEPT
Scroll to Top info@atwa.gr